Please note that USAGM Watch neither represents nor endorses any of the individuals, organizations or media outlets profiled on this site.

USAGM CEO implements critical changes on day one to fulfill legislative mandate
“Every action I carried out was – and every action I will carry out will be – geared toward rebuilding the USAGM’s reputation, boosting morale, and improving content,” said Pack. “I made a solemn promise to Congress, to the President, and the American people to execute this plan.”

ALSO: Menendez Statement on Michael Pack’s Hollowing Out of USAGM

Trump global media chief faces GOP backlash over firings
WASHINGTON (AP) – The new chief of U.S.-funded global media is facing a conservative backlash over his decision to fire the heads of two international broadcasters, adding to concerns about the direction of the agency, which oversees the Voice of America and other outlets. The criticism of Michael… 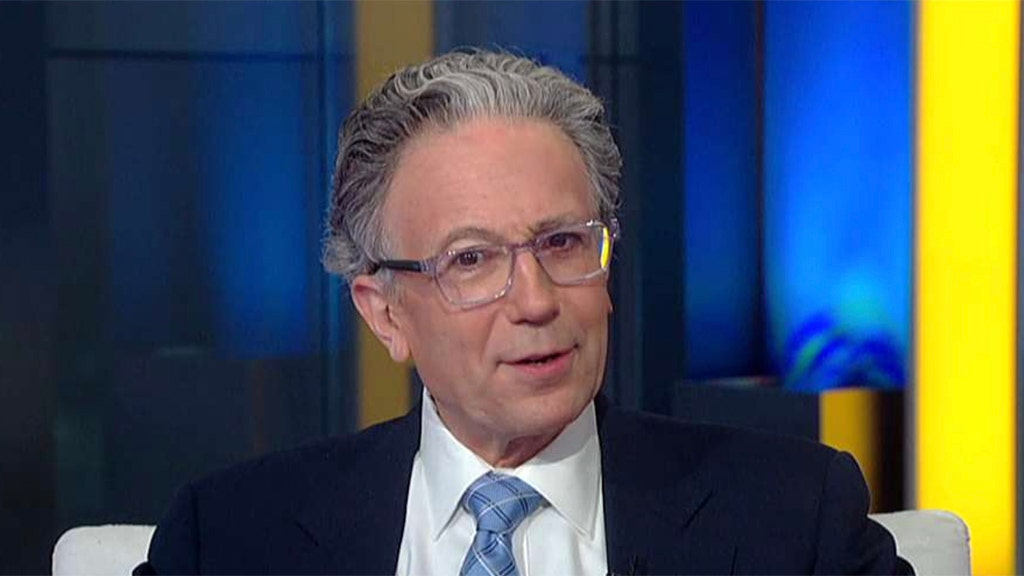 New Trump appointee dismisses top leadership in shake-up of broadcasting agency
The new Trump-appointed CEO of the U.S. Agency for Global Media (USAGM) — which oversees American taxpayer-funded news broadcasting around the world including Voice of America (VOA) — fired three of the agency’s network heads Wednesday just days after the director and deputy director of VOA had st… 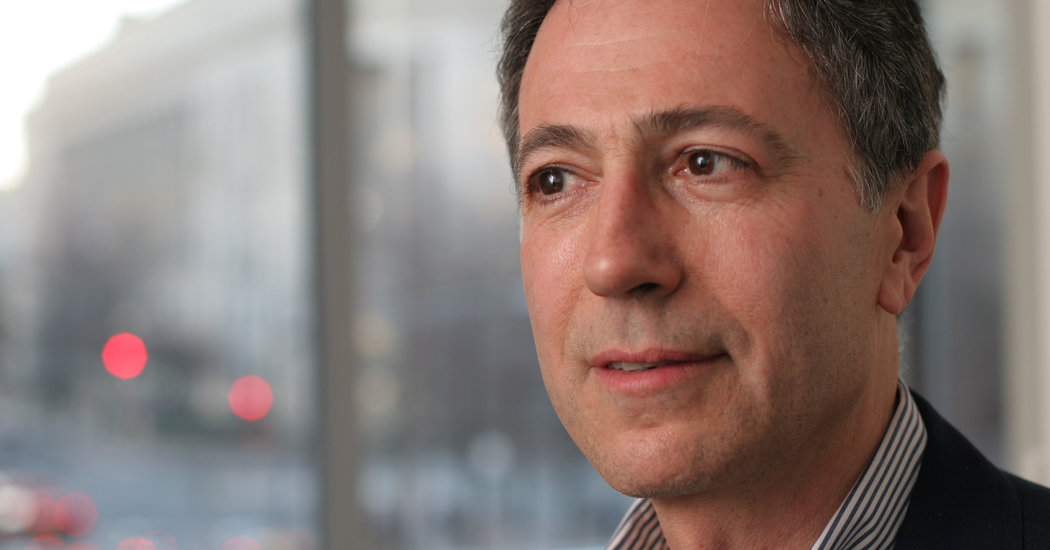 Trump, Michael Pack, and the complicated role of Voice of America

The last few months have been turbulent for Voice of America, the US state-backed broadcaster. Breaking, as he often does, with past presidents, Donald Trump has publicly attacked VOA’s coverage, calling it “disgusting”; his White House, meanwhile, accused VOA of carrying “propaganda” for China a… 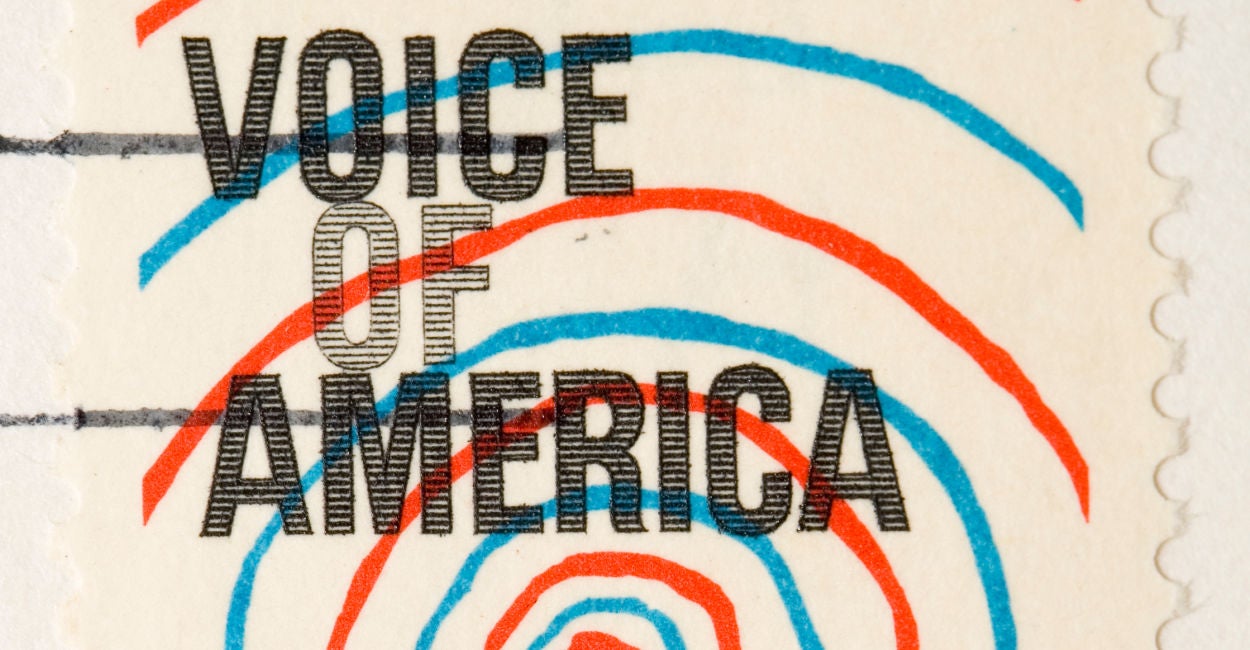 A Loss for Anti-Trump Media Forces: Michael Pack Confirmed as Agency for Global Media Head
After a delay of two years, on Thursday the U.S. Senate confirmed Michael Pack as the new chief executive officer of the U.S. Agency for…
Opinion | Trump’s attack on the VOA reeks of McCarthyism
He wants to convert the VOA into a Trump propaganda machine. Voice of America Never Looked Lovelier! | The American Conservative
Here’s hoping Trump gets his way when it comes to state-funded broadcasters

In its report on Michael Pack and Rep. Eliot Engel posted at 2:00 AM June 19, VOA English Newsroom did not quote Pack’s response and explanations about the USAGM entity firings which was posted on the USAGM website on June 18. VOA also posted its Engel-Pack report at the top of its homepage, suggesting to overseas audiences that it was an important national story in the United States although it was not. The report did not mention multiple programming and management scandals under former VOA Director Amanda Bennett.

WASHINGTON – Two U.S. lawmakers said Thursday they are “outraged” by the dismissals that Michael Pack, the new chief executive of the U.S. Agency for Global Media, the agency that oversees Voice of America, has ordered.

Congresswoman Nita Lowey, chair of the House Appropriations Committee, and Congressman Eliot L. Engel, chair of the House Foreign Affairs Committee, both Democrats, said in a joint statement, “That Mr. Pack took this drastic measure in his first week on the job is shocking, and we have deep concerns that he takes the helm of a critical agency with the intent to prioritize the Trump administration’s political whims over protecting and promoting independent reporting, which is a pillar of freedom and democracy.”

The Associated Press reported that Pack did not give specific reasons for each dismissal, only that he was acting consistent with his authority as the new USAGM CEO.

The top two officials at VOA, the director, Amanda Bennett, and deputy, Sandy Sugawara, resigned from their posts on Monday.

“Mr. Pack has gone on a wholesale firing spree, removing the heads of the networks, dissolving their corporate boards, only to replace them with unqualified political people, fundamentally undermining the mission and work of the organization. It’s now obvious why the White House wanted Pack so badly, so they can transform the agency into their own personal mouthpiece,” Menendez said at the opening of a committee hearing related to COVID-19 on Thursday.  “This is a blow from which it may never recover. Once the credibility is gone, no one will ever trust a report from Radio Free Europe, Radio Martí, nor trust the tools of the Open Technology Fund.”

Lowey and Engel said Pack replaced the corporate boards “with new boards comprising himself, his chief of staff, Trump Administration appointees, and the senior counsel of an organization that the Southern Poverty Law Center has designated an anti-LGBTQ hate group.”

Alberto Fernandez, who led the Middle East Broadcasting Networks, said he was proud of the work the networks did during his three-year tenure and was honored to have worked with talented journalists in the United States, Dubai, Beirut and elsewhere. He also pointed to the ongoing challenges USAGM agencies face in getting news to the viewers, listeners and readers around the world.

“Wish the incoming people at USAGM well,” Fernandez tweeted Wednesday. “I hope they know what they are doing. They have an immediate opportunity to make a difference. Yesterday the Iraqi government shut down Radio Sawa transmitters in Baghdad, Basra and Karbala and threatened to seize USG property.”

Earlier Wednesday, Pack sent his first communication to VOA employees since being confirmed by the Senate last week, pledging in an email to uphold its mandated role of providing independent worldwide journalism even though it is a U.S. government-funded agency.

Pack wrote that he is “fully committed to honoring VOA’s charter … and the independence of our heroic journalists around the world.”

He was nominated by President Donald Trump to lead USAGM more than two years ago. But with solid Democratic opposition to his appointment, the Republican-controlled Senate voted only two weeks ago to approve a three-year term for Pack to head USAGM.

The vote proceeded even though the Washington, D.C., attorney general’s office announced last month that its office is investigating whether Pack illegally moved money from a nonprofit group to his profit-making film company.

Pack made no mention of Trump or the controversy in his email to staff. Nor did he say who he plans to name as VOA’s director.

“That’s why more than 80% of our 280 million audience in 47 languages in more than 60 countries say they find our work credible,” Bennett said.

Some outside watchdogs have voiced fears about Pack’s tenure at USAGM, citing his record as a conservative filmmaker and associate of former Trump adviser Stephen Bannon and suggesting he might not withstand White House pressure for news coverage favorable to Trump.

The New York Times said in an editorial Tuesday, “The specter of turning V.O.A. into a propaganda tool of the White House should be frightening to all Americans, regardless of political leanings.” The editorial concluded, “Mr. Trump wants a bullhorn, not a diplomatic instrument, and he insists on loyalty.”

As Pack took over as chief executive, the directors of the Broadcasting Board of Governors — which formerly controlled VOA and its sister networks — published their own definition of independent journalism in the Federal Register of government actions.

“USAGM-funded networks each enjoy full editorial independence, as that term is defined and understood by best practices of journalism,” the statement said.

“Editorial independence includes, but is not limited to, the fact that only individuals within the network may make any decisions with respect to newsgathering or reporting,” the directors said. “USAGM networks and their employees, including the heads of each network, are fully insulated from any political or other external pressures or processes that would be inconsistent with the highest standards of professional journalism.”

Pack, in his mid-60s, has held previous executive positions at U.S. government international and public media agencies. But in recent years, he told USAGM employees, he has run a private venture, Manifold Productions, that has produced 15 documentaries that have aired in the U.S. on the Public Broadcasting Service.

“These films were also my way of telling America’s story,” he said. “Although making documentaries is very satisfying work, I was eager to return to international broadcasting at this critical juncture in our history.”

He said, “America’s adversaries have stepped up their propaganda and disinformation efforts. They are aggressively promoting their very different visions of the world.”

Pack said he would seek to improve employee morale at USAGM and “examine some of the problems that have surfaced in the media in recent years.”

“Most importantly,” he wrote, “my mission will be to make the agency more effective.”