An article by Zecharias Zelalem an Ethiopian freelance journalist, which appears on the South African Mail & Guardian newspaper website, echoes by now widely reported claims of pro-Ethiopian government propaganda bias and censorship in Voice of America (VOA) programs about Ethiopia, which critics say have been allowed over many years by the current senior management of the U.S. government broadcaster and the current leadership of the U.S. Agency for Global Media (USAGM), which oversees VOA and other U.S. taxpayer-funded media outlets. The agency has an annual budget of about $800 million with the largest portion of the money used to fund the Voice of America.

“Voice of America (VOA) has been accused of whitewashing atrocities and airing propaganda in favour of the Ethiopian government during the course of the civil war being waged in that country’s northern Tigray region,” Zelalem wrote, adding that “These biases mean the VOA’s coverage remains largely favourable for Ethiopian Prime Minister Abiy Ahmed, who won the Nobel Peace Prize and whose security forces stand accused of massacres and ethnic cleansing.”

The article reports on the recent resignation of Jason Patinkin who had served as an international broadcaster in the Voice of America Africa Division’s English to Africa service. “Patinkin quit the network over the inaction and unwillingness to curb the VOA’s spread of what he says is Ethiopian government propaganda,”  the article reports.

Zelalem notes the vague response from the Voice of America management, “VOA does its best to cover the situation in Ethiopia fairly and accurately. There are strong feelings in the region about the conflict, and we hear from partisans of all sides. Our goal is objective journalism.”

But the journalist’s own review for the South African newspaper of Voice of America program output since about 2018 shows consistent efforts by VOA to stay on the good side of Prime Minister Abiy Ahmed. VOA has praised “media freedoms” in Ethiopia while diminishing accusations of human rights abuses by the Ethiopian government. The article quotes Peter Heinlein, a former VOA correspondent to New Delhi, Moscow and Addis Ababa, who agrees that VOA Ethiopian programming has been undermined for many years by propaganda and censorship.

Senior VOA and USAGM executives do not agree with these assessments which point to their own leadership failure. Key managers and editors in charge of Voice of America’s programs to Ethiopia have been consistently praised over many years, as well as recently, by current VOA Acting Director Yolanda López and current Acting USAGM CEO Kelu Chao who previously served as VOA Program Director. 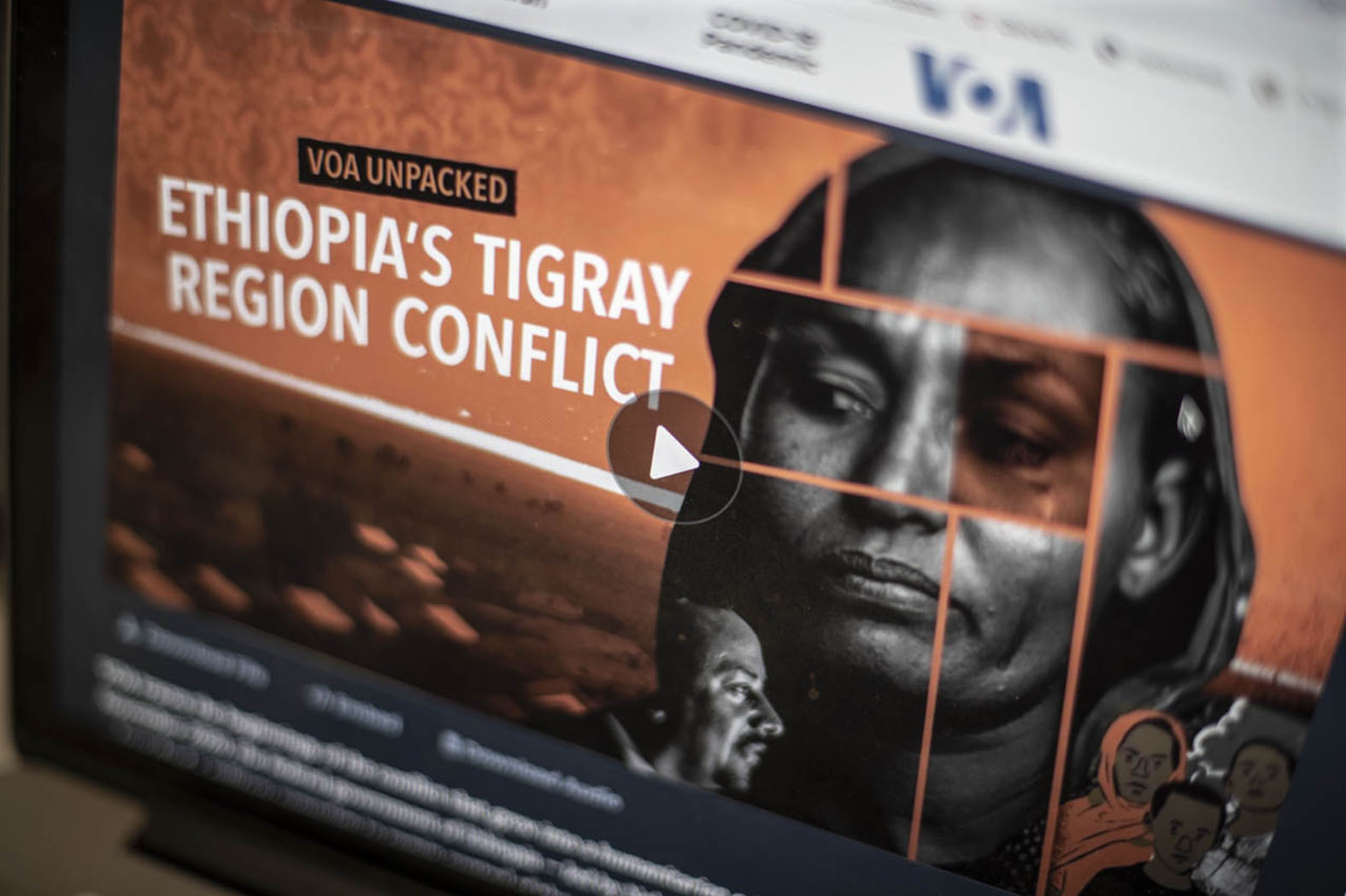 Voice of America is airing Ethiopian propaganda, staffers claim – The Mail & Guardian
Whistleblowers say the VOA’s coverage of the civil war in Ethiopia is slanted in favour of Abiy Ahmed’s government

Zecharias Zelalem @ZekuZelalem has close to 50 thousand followers on Twitter.

Incredible reporting by @ZekuZelalem as always.

Ethiopian forces are committing atrocities in Tigray, including very serious allegations of genocide, and the US government-funded Voice of America is helping them cover it up. https://t.co/SpGqciezZW

The Voice of America’s (@VOAAfrica) coverage of Eritrea should also be scrutinized. Here is every approved preliminary news pitch made out of Asmara between Dec & April extracted them from internal VOA memos. American tax payer funded coverage that mirrors Eritrean state media. pic.twitter.com/yMz54TbTmo

The Voice of America’s (@VOAAfrica) coverage of Eritrea should also be scrutinized. Here is every approved preliminary news pitch made out of Asmara between Dec & April extracted them from internal VOA memos. American tax payer funded coverage that mirrors Eritrean state media. pic.twitter.com/yMz54TbTmo

Tizita Belachew, Scott Stearns and Negussie Mengesha wouldn’t comment for the article. The VOA sent us the following statement when asked to address the allegations made in the @mailandguardian story. pic.twitter.com/u5XKVpAyxU

Charges of a Coverup by USAGM and ...