Former Voice of America (VOA) acting associate director Ted Lipien, who is a co-founder and supporter of BBG – USAGM Watch, argues in an new Washington Examiner op-ed that most of U.S. mainstream media have mislead Americans about what is going on at the $800 million U.S. Agency for Global Media (USAGM) which oversees and loosely manages VOA’s international and increasingly U.S. domestic news reporting and commentary. Domestic media outreach is not part of the congressionally-mandated Voice of America mission, but it happens thanks to the internet and social media and is open for abuse. According to Lipien, who also worked at VOA and for the Broadcasting Board of Governors (BBG), which was USAGM’s former name, as VOA Polish Service chief, VOA Eurasia Division director and BBG regional marketing director, there have been massive violations of the VOA Charter in the last several years which may have affected outcomes of some U.S. elections. VOA’s Charter, which is U.S. law, requires the Voice of America to represent all of America, not any single segment of American society.

There are two Americas, one left-leaning liberal America and one right-leaning conservative America. But the taxpayer-funded Voice of America, VOA, in the $800 million U.S. Agency for Global Media not only reflects but also represents just one of them — illegally.

VOA’s domestic impact needs to be studied and measured because any intentional interference in U.S. elections by VOA officials and journalists is illegal. I do not want a pro-Biden VOA Urdu Service 2020 campaign ad costing Trump and Republicans support among U.S. ethnic voters in Michigan and elsewhere, just as I do not want VOA to help Trump and Republicans win in any elections. As an immigrant, a refugee from communism, and a former VOA journalist and manager during the Cold War, I know very well how much good VOA can do if it can focus on its essential mission abroad and not waste energy and money on electioneering in the United States — an illegal activity which both Democratic and Republican lawmakers and all honest journalists should strongly condemn.

Americans whose information comes only from the Voice of America itself, the Washington Post, the New York Times, CNN, MSNBC, or NPR have no idea what really goes on in the VOA newsroom. They may have been convinced by now that VOA is VOT (Voice of Trump) because his appointee, Michael Pack, has been in charge of USAGM for several months. The truth is that VOA has been consistently VOB (Voice of Biden), but liberal media outlets failed to notice and report these violations of U.S. law. 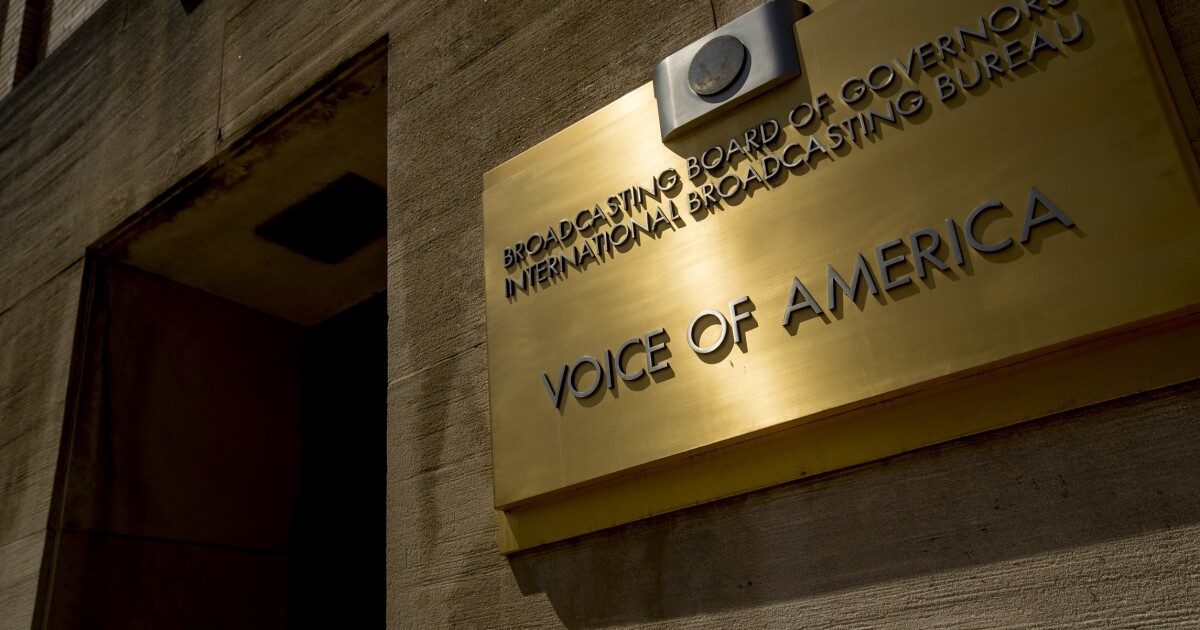 ‘Voice of One America’ is against US law
There are two Americas, one left-leaning liberal America and one right-leaning conservative America. But the taxpayer-funded Voice of America, VOA, in the $800 million U.S. Agency for Global Media not only reflects but also represents just one of them — illegally.

READ MORE: ‘Voice of One America’ is against US law. By Ted Lipien, Washington Examiner, November 30, 2020

Tadeusz (Ted) A. Lipien is an international media executive, journalist, writer, blogger, and press freedom advocate. He was Voice of America (VOA) Polish Service chief during the Solidarity trade union’s struggle for democracy, acting VOA Associate Director, and served for a short time as President of Radio Free Europe/ Radio Liberty (RFE/RL). His articles on U.S. international broadcasting have been published in American Diplomacy Journal, National Review, The Washington Times, The Washington Examiner, and Digital Journal. He is the author of a book on feminism and Pope John Paul II, O-Books, UK and Świat Książki, Poland.