Radio Free Europe/Radio Liberty (RFE/RL) has received support in a statement from U.S. State Department spokesperson Ned Price at the press briefing in Washington on March 3, 2021 in response to fines imposed on RFE/RL under Russia’s foreign agent registration laws. Reporters attending the briefing did not ask any questions about restriction on Radio Liberty in Russia and focused on other international and U.S. foreign policy issues. The State Department spokesperson protested the latest denial of RFE/RL’s appeals of fines “unjustly imposed” under what he called “Russia’s repressive foreign agent registration laws.”

MR PRICE: “Next, in keeping with our commitment to stand firm on support for human rights, democracy, and the rule of law, the United States is deeply concerned by Russia’s increasingly repressive efforts to clamp down on the exercise of freedom of expression, including by members of the press.

These laws are a further transparent effort to impede the work of RFE/RL outlets, which are already severely limited in their ability to broadcast on television and radio in Russia, and to prevent them from bringing real and objective news to the Russian people. This is unacceptable, and we will continue to support the presence of independent and international media outlets in Russia.”

Also see RFE/RL news report, “U.S. Expresses ‘Deep Concern’ After Moscow Court Confirms ‘Foreign Agent’ Fines Against RFE/RL” and RFE/RL press release, “RFE/RL Protests Russian Court’s Rejection Of Labeling Fine Appeal” which includes a statement from RFE/RL President Jamie Fly. His statement suggest that the U.S. tax-funded media outlet will not make humiliating concessions to the Kremlin or issue false statements just to keep its legal presence in Russia and its news bureau operating in Moscow. In a caption for a photo taken by Russian Service director Andrey Shary, showing Radio Liberty’s Moscow bureau, RFE/RL noted that “despite ongoing appeals in more cases on the issue, RFE/RL now has 60 days to pay the fines and come into compliance with the regulations or face the potential closure of its operations inside Russia, such as the Moscow bureau shown above.”

Russian President Vladimir Putin wants to humiliate Radio Liberty by forcing it and its individual reporters in Russia and even abroad to label themselves as “foreign agents.” While the Kremlin’s propaganda outlet RT had to register in the U.S. as a foreign agent, the new Russian media law imposes a far more intrusive self-labeling, not just by the organization, but also by its individual reporters.

RFE/RL President Jamie Fly said, “RFE/RL rejects the imposition of these fines, and does not accept the Russian court’s decision to strike down our appeal of them. We consider Russian Internet regulator Roskomnadzor’s self-labeling regulations — in fact orders to deface our content platforms and intimidate our audiences — to be a state-sponsored assault on media freedom that violates the Russian Constitution and Russia’s media law. RFE/RL will continue to object, protest, and appeal these requirements.”

Fly continued, “RFE/RL will not abandon our growing audience in Russia, who continue to engage with our objective and independent journalism despite the Kremlin’s pressure campaign. RFE/RL will not be deterred by these blatant attempts to influence our editorial independence and undermine our ability to reach our audience at a moment when the Russian people are demanding the truth.”

U.S. Expresses ‘Deep Concern’ After Moscow Court Confirms ‘Foreign Agent’ Fines Against RFE/RL
The U.S. State Department has expressed “deep concern” about what it calls Russian government efforts “to clamp down on the exercise of freedom of expression.” 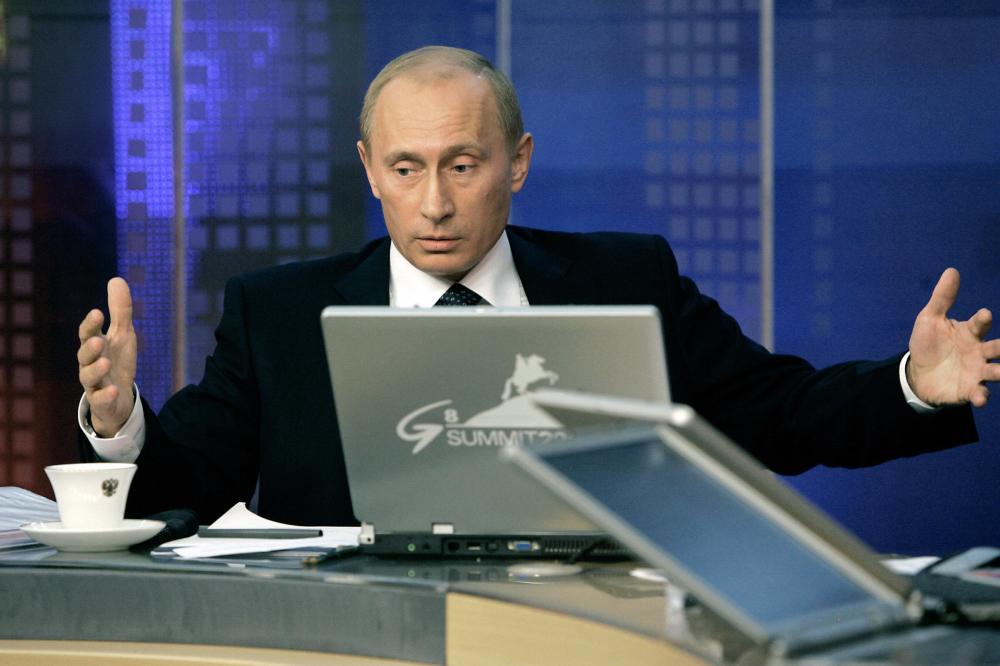 The Kremlin’s Latest Target Is Online Media
Why the Russian government is now equating digital journalism with foreign espionage.

Truman’s ‘Campaign of Truth’ at Voice of ...